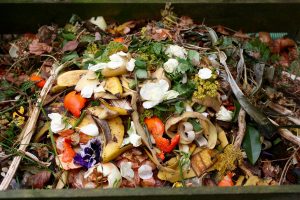 In North America, more food reaches landfills and incinerators than any other single material in everyday trash, cites a study by the Environmental Protection Agency. It equates to approximately 21 percent of the waste stream.

Although much of this discarded food can be attributed to consumers, surprisingly 60 percent of North America’s overall waste is said to occur at the production to retail phase 1.
It is indicative of the seriousness with which these losses are now viewed that reductions in food waste play a prime role in the U.S. 2030 Food Waste Loss and Reduction Goal. With the target to reduce food loss and waste by 50 percent over the next 15 years, Fortress will unveil several food inspection systems at Pack Expo designed to cut production waste at the manufacturing level.
Taking center stage is the space-saving Multi-Aperture metal detector. Rather than channeling multiple lanes through a single metal detector, one Stealth metal detector is mounted across three conveyor lines. Each conveyor has its own BRC-approved reject system, and each aperture operates like a standalone metal detector. This puts a stop to an entire row of good product being rejected and wasted if a contaminated product is identified on one line.
Each aperture is sized as closely as possible to the product. As a result, the system is more sensitive to smaller metal particles and copes better with orientation and product effect. Fortress has also collaborated with Sparc Systems to design a five-aperture metal detector combined with a five-lane checkweigher, helping to reduce product giveaway through over or under filling of pre-packed foods.
End-users can save up to 50% of the space required by individual metal detectors, plus around 17% of the installation cost. With just one system to maintain and manage, in the longer term the Multi-Aperturesystem improves total cost of ownership (TCO) by over 65%, taking into account reduced maintenance and parts requirements. The system also features contact data software for enhanced traceability, and a mobile App for remote examination to avoid repeat production stoppages.
Another groundbreaking metal detector –the Interceptor DF-also returns to Pack Expo. Launched at last year’s show, the innovative system has swiftly taken international food world by storm. Inspecting low profile, high value foods vertically and horizontally at the same time, the Interceptor DF increases the probability of identifying and rejecting products containing non-spherical metals by over 100%, including difficult to spot flat metal flakes. This increased sensitivity also helps to eliminate false rejects.
Year-on-year, Fortress Technology -which has manufacturing sites in Canada, the UK and Brazil -continues to expand its production and global distribution footprint, sticking to its founding business philosophy of supplying custom-made, Never Obsolete metal detection systems.
At Pack Expo, visit Booth C-1951 to speak to an expert to find out what product can increase your process with minimal waste.
Share Tweet Share Pin