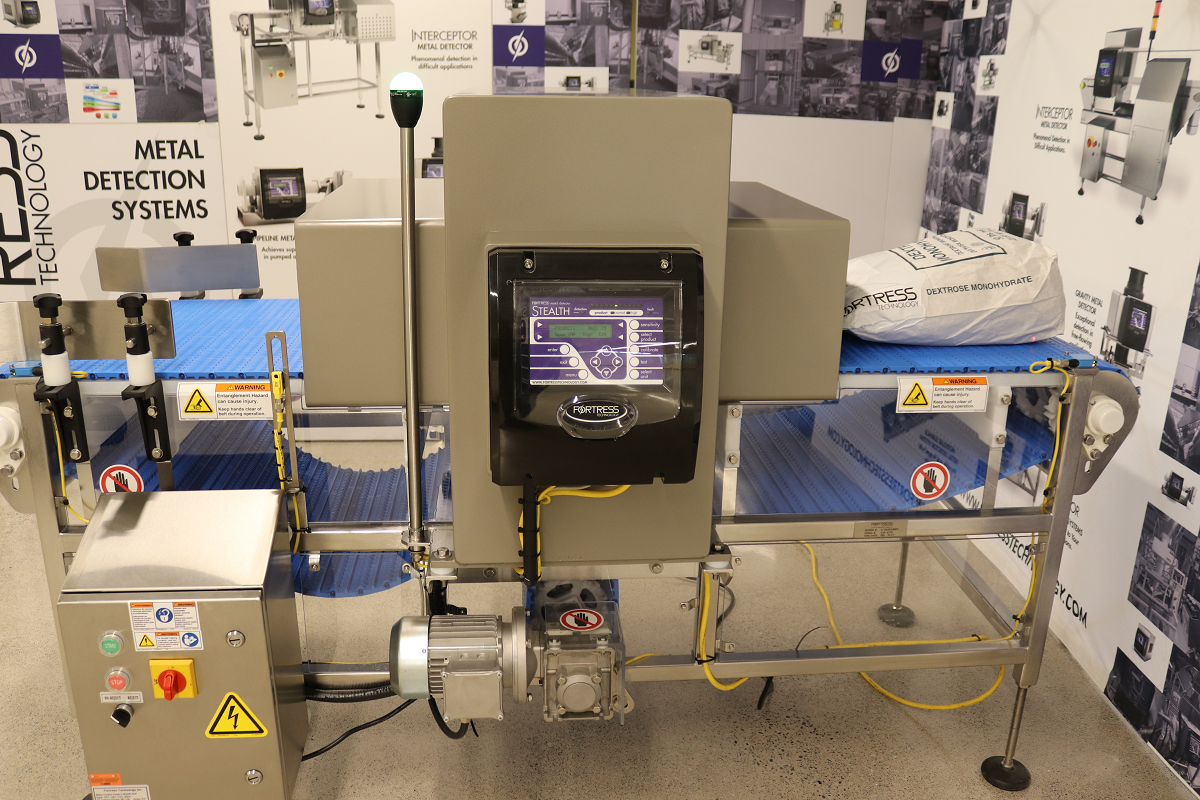 These are generally related to contamination of products with pathogens such salmonella or listeria. But they are often caused by contamination with physical objects such as metal – particularly difficult-to-detect stainless steel used in much food processing equipment – as well as plastic, glass, stone and bone, due to failures of control during manufacture.

On 12 September 2019, Struik Foods recalled Bunlimited Crispy Onions sold in Asda stores due to concerns that they might contain small pieces of metal. The following day, Booths recalled its Traditional Coleslaw because of fears it might contain pieces of white plastic.

These recalls suggest that even with hazard analysis critical control point (HACCP) procedures in place, things can and do go wrong, causing disruption and cost to the companies involved – not to mention presenting potential risks to people. So, why are physical contaminants still getting through and what more can be done to prevent them?

To demonstrate due diligence in their operations, companies are expected to implement procedures to prevent recalls happening. These include the use of equipment at CCPs, such as metal detectors and more expensive X-ray inspection systems for picking up non-metallic items such as bone and glass or for checking products packaged in aluminium foil.

Equipment suppliers agree a major problem lies in the incorrect use and calibration of equipment in such a way that it is not sensitive enough to detect the particles it should.

“There are two primary reasons for metal contamination escapes and, make no mistake, they are quite common,”​ says Bob Ries, lead product manager for metal detection and X-ray inspection at Thermo Fisher Scientific. “The first is the old technology detectors employed are not up to the task. The second is the detection system is being used incorrectly and/or may not be designed to be fail-safe.”

If a fault with the reject system, for example, means that a contaminant is detected, but not rejected, the line should stop automatically until the situation is resolved, he says. Both the detector performance and fail-safe capability should be tested regularly, with results kept on record to support traceability.

To help with the detection of contaminated products and ensure corrective measures are taken, Loma’s kit also includes smart additional functionality – or fail-safe features – that check its integrity.

Loma’s IQ4 metal detectors CW3 checkweighers, and X5 X-ray inspection equipment feature a Performance Validation System (PVS) that allows users to confirm inspection levels are correct. If equipment fails the PVS test, all products that passed through the machine since the last test will need to be retested or recalled for possible contaminants.

For the X-ray inspection equipment Eagle Product Inspection provides, Travis Ratcliff, service manager for North America, believes optimising equipment throughout its life is critical. “There’s a lot on the line when it comes to safety and quality, so inspection equipment has to run as optimally as possible,”​ he says.

Plastic contaminants present a particularly tricky problem since the small particle sizes likely to be present are not detectable by X-ray systems, explains Claus Borggaard from the Danish Technological Institute (DMRI).

To address this issue, DMRI has developed an inline vision system called DynaCQ (Dynamic Check of Quality), capable of inspecting the surface of foods moving on a conveyor belt at speeds of up to 70 metres per minute. It is said to detect plastic particles as small as 2mm x 2mm.

However, when things do go wrong – as they inevitably will from time to time – speed of action in the instigation of recalls is essential. And this is where the effectiveness of companies’ traceability systems becomes imperative in quickly pinpointing the source of contamination. Increasingly, traceability systems are being linked to web-based software for wider access to the data captured.

“Although technology and automation play a part, food safety is a shared responsibility,​” says Fortress Technology’s Brown. “The rules and audits just help to add an additional layer of protection. By working together, food manufacturers, machinery suppliers, production staff, retailers and consumers can raise the bar on food safety.”​

London-based Levantine, an edible nut and seed processor, which installed a new Fortress Stealth Gravity system on a bulk bagging line in 2019, emphasises the importance of calibration sensitivity. “We are British Retail Consortium-certified​,” says Levantine managing director David Danil. “As a part of that, we have HACCP assessments, with metal contaminant detection high up on the list of control points. Sensitivity levels are also hugely important.”​

Without doubt, retailers are demanding greater assurance about supplier HACCP procedures, through their increasingly stringent codes of practice, and inspection equipment suppliers are responding to that need. For example, Thermo Fisher Scientific’s Sentinel multiscan metal detector can rapidly scan up to five frequencies at a time and has been approved for used on packaged products supplied to Marks & Spencer.